Part I:
Shrinky Dinks sheets
Scissors or some other cutting device


Permanent Markers
Any paint, etc, that is not water based (acrylics, etc)
Colored Pencils
Sequence, Feathers, and other decorative items
Glue
Yarn or String to hang or decorate 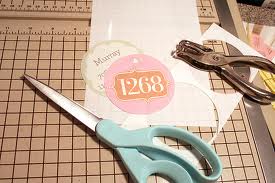 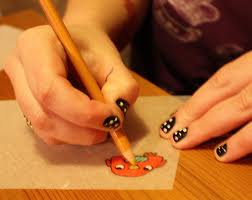 Part II:  After shrunken objects have cooled, decorate as you wish! 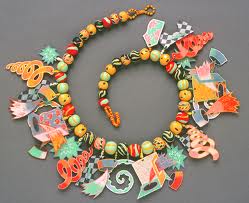 Concept:
Making objects with Shrinky Dinks can be useful in communicating how problems can shrink, or get smaller.  They can also be used for self-symbols and/or how they are feeling for that day/time.

1)  Ask the client to create a personal symbol.
2)  Have the client create an image that symbolizes an issue he/she would like to "shrink".
3)  Make some images that would look good on earrings or other jewelry, to increase self-esteem. 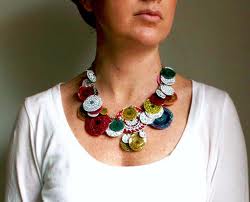 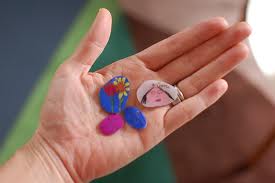 1) Have a conversation about what self-image is and what they feel their
self-image might be.


2) You may ask the client(s) to write down a few ideas he/she has for what his/her self-image could be.

3) Have him/her, or take a few moments to think of the self-image that best resonates with him/her.  You can also suggest that he/she allow the image to unfold without trying to plan it out ahead of time.

4) Have the client(s) make the self-image (and/or feeling symbol or symbol for his/her problem(s)) by introducing the Shrinky Dink sheets and asking him/her to follow the instructions and ask for help when/if needed.

- Next, once the Shrinky Dinks have cooled, introduce the decorative materials and have him/her use whatever materials he/she would like to finish making his/her self-image/feeling symbol/problem symbol. 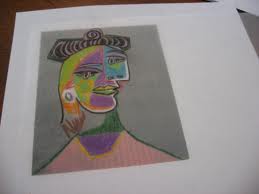 
1)  Person(s) will be able to be creative and expressive.


2)  Person(s) will be able to explore and experience different art media.


3)  Person(s) will be able to become more aware of themselves/their feelings/emotions.


4)  Person(s) will be able to become aware of and then explore their wants and needs.

Adaptation(s) to be used with Different Populations:


1)  With young children, you will have to be in charge of the cooking and cooling process of the Shrinky Dink materials.


2)  For those populations with cerebral palsy (or any other muscle retardation disease) you may consider having a partner who can act as their hands.


3)  You can make the issues as big or small determinate on what the client is prepared to share and/or deal with.
Group Processing Questions:
1)  What is a “self-image”?


3)  Can you think of an image that might communicate how you are feeling today?


4)  How could you “shrink” down one of your problems today?


5)  Do you like your self-image or would you want to change it?


6)  What would you change your self-image to, if you could change it?

Publish Your Own Directive by Posting at the end of the blog or email me!